This week we had a special assembly! We had a visitor from The Christie Hospital, which is a special hospital to treat people who are suffering from cancer.

Last year, our school council chose The Christie to raise money for. They organised several events to raise as much money as possible. During the assembly, we had the opportunity to present our visitor with the money we had raised. She was very impressed!

We also had a surprise when Christie Bear came in to say thank you! 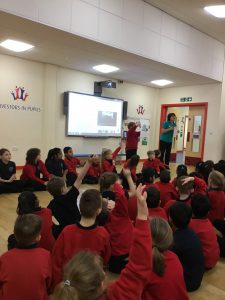 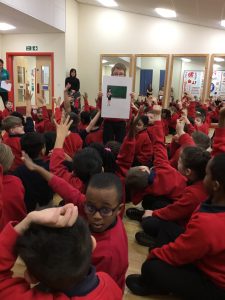 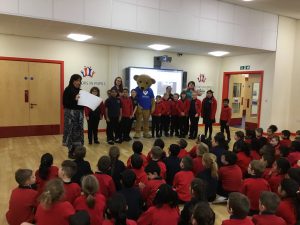 This entry was posted in Archive, Latest Blogs. Bookmark the permalink.

1 Response to The Christie